(CNN)Amputee groups and prosthetic makers are rallying against a Medicare proposal they say will limit access to some limbs.

Under the new proposal, Medicare would establish more stringent requirements to obtain advanced prosthetics, reduce the role of the prosthetist who creates and maintains prostheses, and eliminate some of the universal codes that all providers use to cover prosthetic care.

The proposal could affect the 150,000 amputees in the Medicare system, but advocates worry that its influence could set the standard and the U.S. Department of Veterans Affairs and private insurers would follow suit. If that happened, the nearly 2 million Americans without limbs could be affected. 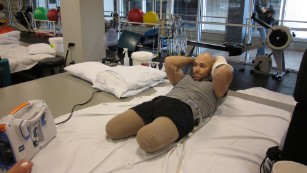 Brian Mast, 35, lost his legs above the knees while serving in the Army in Afghanistan five years ago when an improvised explosive device detonated. He also lost a finger. He was sent to Walter Reed National Military Medical Center in Bethesda, Maryland. 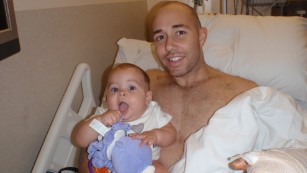 But today's technology in prosthetics allows him to do all that with his three children, and much more. He has waterproof legs that allow him to run in the rain and play with his kids at the beach.

"Probably the only thing I can't do is get on my roof and clean my gutters," Mast said.

But he worries it could all go away if the VA adopts the changes made in Medicare.

'As stupid a rule as I've ever seen'

When asked why there was an effort to change the rules, the Centers for Medicare and Medicaid Services said the decision came from the Medicare contractors who administer payment for prosthetic care -- all companies that have ties to private insurance.

CNN has reached out to the main contractor behind the proposal, CGS Administrators, which is owned by BlueCross BlueShield of South Carolina, and has not received any comment.

But that data is not reflective of the real picture, said Tom Fise, executive director of the American Orthotic and Prosthetic Association. He called the data outdated, and noted the report only looked only at prosthetic feet. Fise said total prosthetic care spending has decreased 13% from 2010 to 2013.

Fise and other advocates are taking their fight to the contractors, who held a public hearing on Wednesday in Maryland.

"This is as stupid a rule as I've ever seen," former Nebraska Sen. Bob Kerrey, who lost his right leg while serving with the U.S. Navy in Vietnam, said during a press conference on Tuesday. "This rule completely ignores what's going on with amputees."

'These are human body parts'

Many in the amputee community worry that if these changes go through, they won't have access to technologically advanced prosthetics that are on the market or in development. Much of this advancement has resulted from the Department of Defense's efforts to help wounded service members. There is concern this rule could stall development, because insurance will not likely cover more advanced, possibly more expensive, technology. 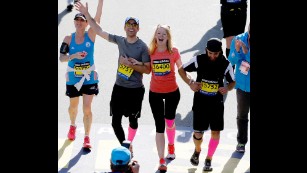 Adrianne Haslet-Davis, a dancer and Boston Marathon bombing survivor, said to stop thinking of these as medical devices.

"These are human body parts," said Haslet-Davis, who does not use Medicare. If these changes go through, she said it will deny "what I believe are human rights, to walk, dream, to be unstoppable."

By getting rid of certain payment codes, Mast said, there's concern that all amputees will have to use a basic level of service.

"It's not just people who fall under Medicare. It's anyone under civilian coverage as well. They will look to that code and if it's not there, (private insurance) won't cover it," Mast said.

'It's not one size fits all'

Getting that right fit is something a prosthetist specializes in. Mast likens it to a mechanic.

"I've had numerous doctors, even after looking at the prosthetic leg, they've had to ask me 'Are you an above or below the knee?' Doctors are nowhere near as well proficient as prosthetists."

A bad fit is a fear that mother Leigh Scott has for her 6-year-old, whose leg was amputated shortly after birth. "Amputees need access. It's not one size fits all," said Scott, whose child does not use Medicare.

Scott said the prosthetic's fit has to be perfect, and some patients do better with certain materials because of irritation to the skin.

"If there's any little scrape or friction that can cause a wound, she can't wear her prosthesis at all," Scott said.

Scott's daughter loves soccer and running and wants to surf. "She's grown up being able to wear a leg," Scott said. "She's grown up as being someone who can do anything anyone else can do."

My mom was suffering from Type 2 diabetes and Lupus for over 17yrs. She tried many drugs but at last became dependent on saferoom and metformin due to the weakness and constant pains, She found that life was just sinking & there was no way of hope. Then she consulted Chief Dr Lucky for herbal treatments, Which she had been hearing so much about, After some couple of days taking this herbal medicine, Things started to change, The symptoms started to decrease and after 19 days of taking it, She became healthy and fully free from all the symptoms of Type 2 diabetes and Lupus. My mom’s life is totally different now. That’s why I decided to let everybody know about the wonderful healing of Chief Dr Lucky herbal treatments, If you are having any health challenges kindly visit email chiefdrlucky@gmail.com or WhatsApp +2348132777335
Facebook page http://facebook.com/chiefdrlucky
Website https://chiefdrlucky.com/.